The startup Arrival, launched in London by a former official from Russia, decided to create public transportation for the post-Soviet world. The electric bus invented by the company will have plastic partitions between rows and removable seats that will allow passengers to keep their distance

British startup Arrival, which is backed by Hyundai to produce electric trucks for the UPS delivery service, wants to turn a modest city bus into an angular, battery-powered, zero-emission subway car-like vehicle inside. The new model is supposed to help allay passengers’ fears about their own safety in a post-coronavirus world.

The Arrival Bus, with plastic partitions between rows and removable seats that allow passengers to keep their distance, is being developed as public transportation services around the world try to reduce passenger density. The company did not disclose details about the range, pricing, or production start date of the electric buses.

“Arrival’s main goal is to radically improve your daily life, whether you’re riding an Arrival Bus or delivering packages on an Arrival Van,” Kwame Nyanning, Arrival’s director of customer experience quality, said in an official statement. – We’re working with municipalities to not just improve every element of the urban transportation ecosystem, but to make it more balanced and environmentally friendly.”

The startup Arrival made a spectacular splash earlier this year when it sold a stake to Hyundai and Kia for €100 million ($110 million). Shortly thereafter, UPS, which also invested in the startup, announced that it would buy up to 10,000 of Arrival’s relatively inexpensive electric trucks in a deal that could total nearly $500 million. Arrival uses a flat skateboard-like platform and lightweight body panels to produce vehicles that reduce costs, increase range per charge and sell vehicles without impressive government subsidies.

The startup was created in London by former Russian Deputy Communications Minister Denis Sverdlov, who also formerly ran mobile operator Yota. Arrival plans to produce its cars, including the new electric bus, in small factories near where they will be used.

Arrival will compete in the urban public transportation market with the current leaders in electric buses, which include Chinese manufacturer BYD and Proterra, a Silicon Valley company that employs many former Tesla engineers and top executives. Arrival says it is working with state and municipal governments to create an “integrated public transportation ecosystem that aims to reduce emissions. This ecosystem includes carsharing, cabs, buses, robot couriers, and recharging stations. 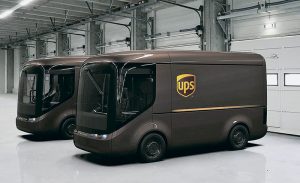 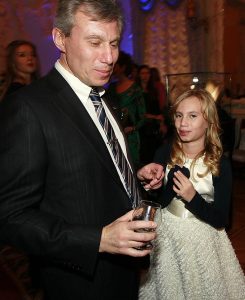